The Red Thread Project was a stitching together of many women’s and girls’ voices and stories who have spent time on the land at Sladebank Woods. 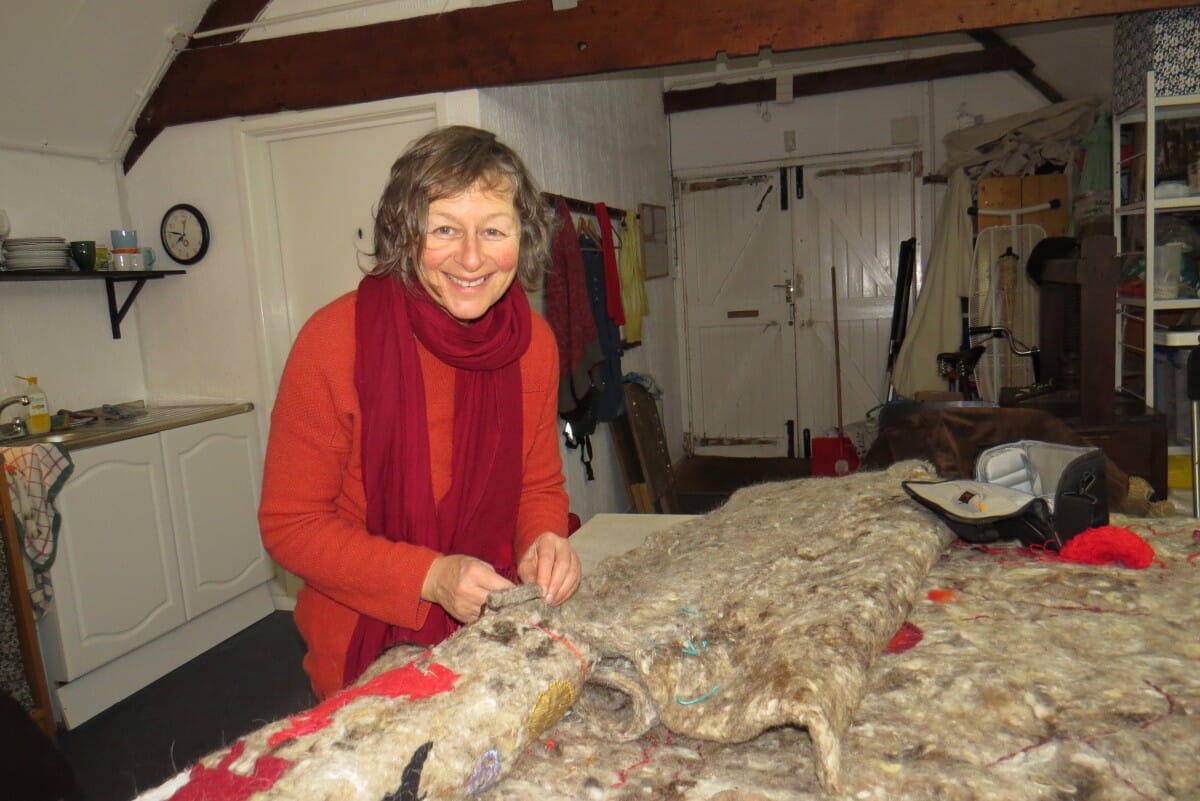 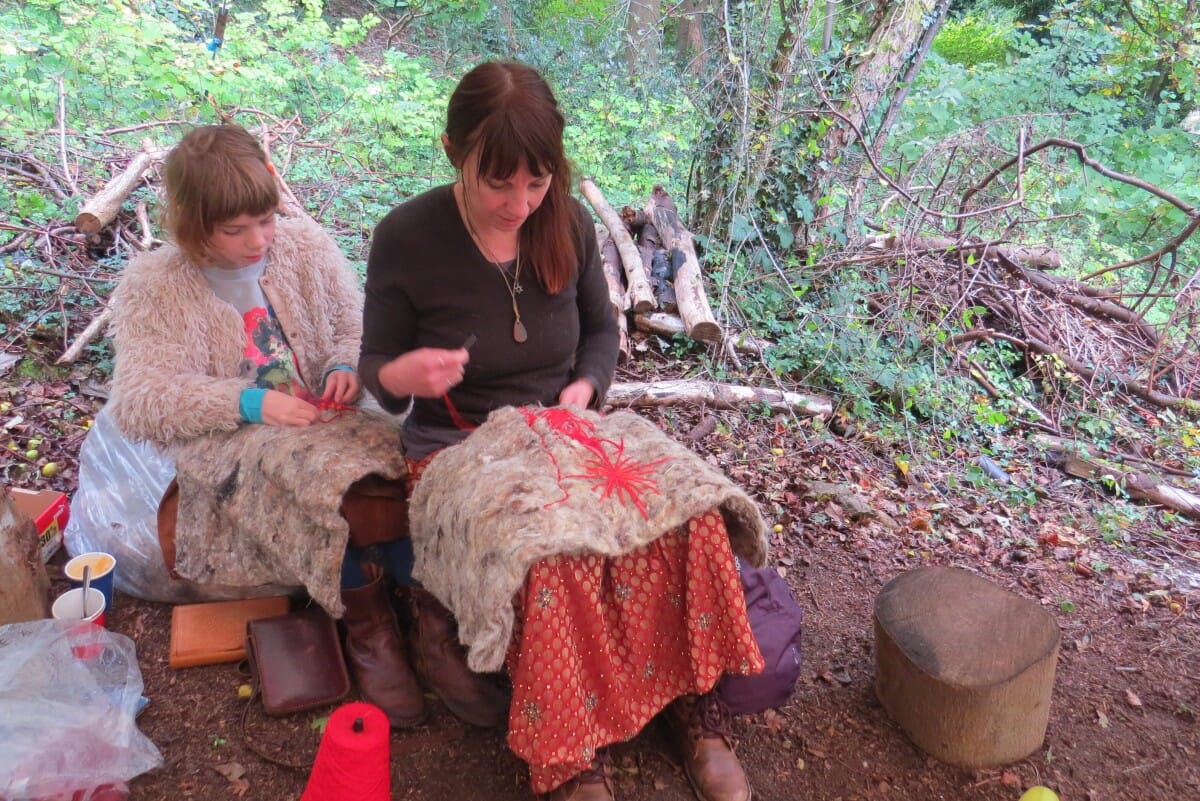 “It began for me as a practical task to insulate the roundhouse when I was donated a huge bale of many pieces of woollen felt. The idea was daunting to tackle alone,” says Kesty Jakes. “When Patricia Brien from Liminessence approached me in the summer of 2017 to work on a project with the Red Hearth community for her PhD focusing on Stroud ‘scarlet’ textiles, I suggested the woollen panels and the Red Thread Project was conceived. It started during the Sladebank Woods Open Day in October.”

We estimate that 40 women and girls participated, and in total five beautiful hangings have been created. The panels were been mainly stitched together at Atelier in Stroud during the winter months by Patricia and Kesty.

The panels were part of a Women’s Day Celebration and exhibition at Lansdown Hall in Stroud in March 2018.

A huge thank you to everyone who contributed. 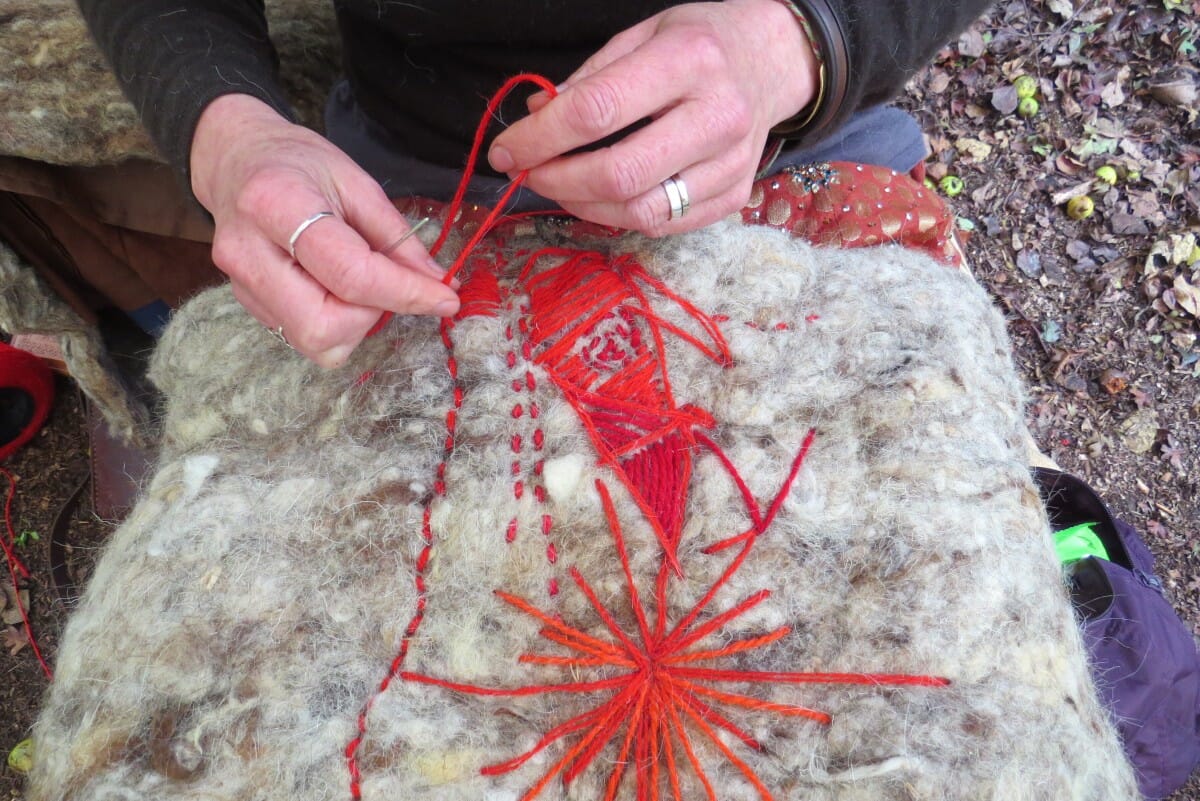 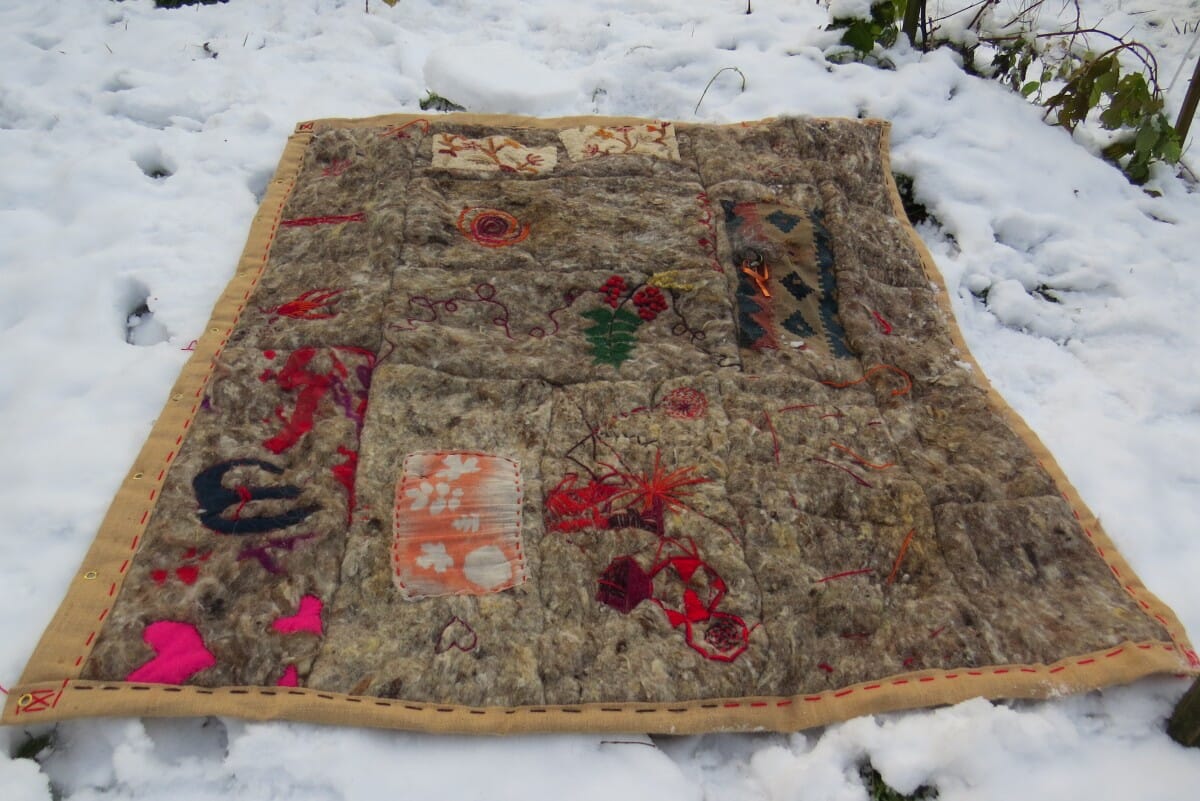 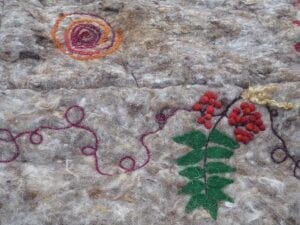 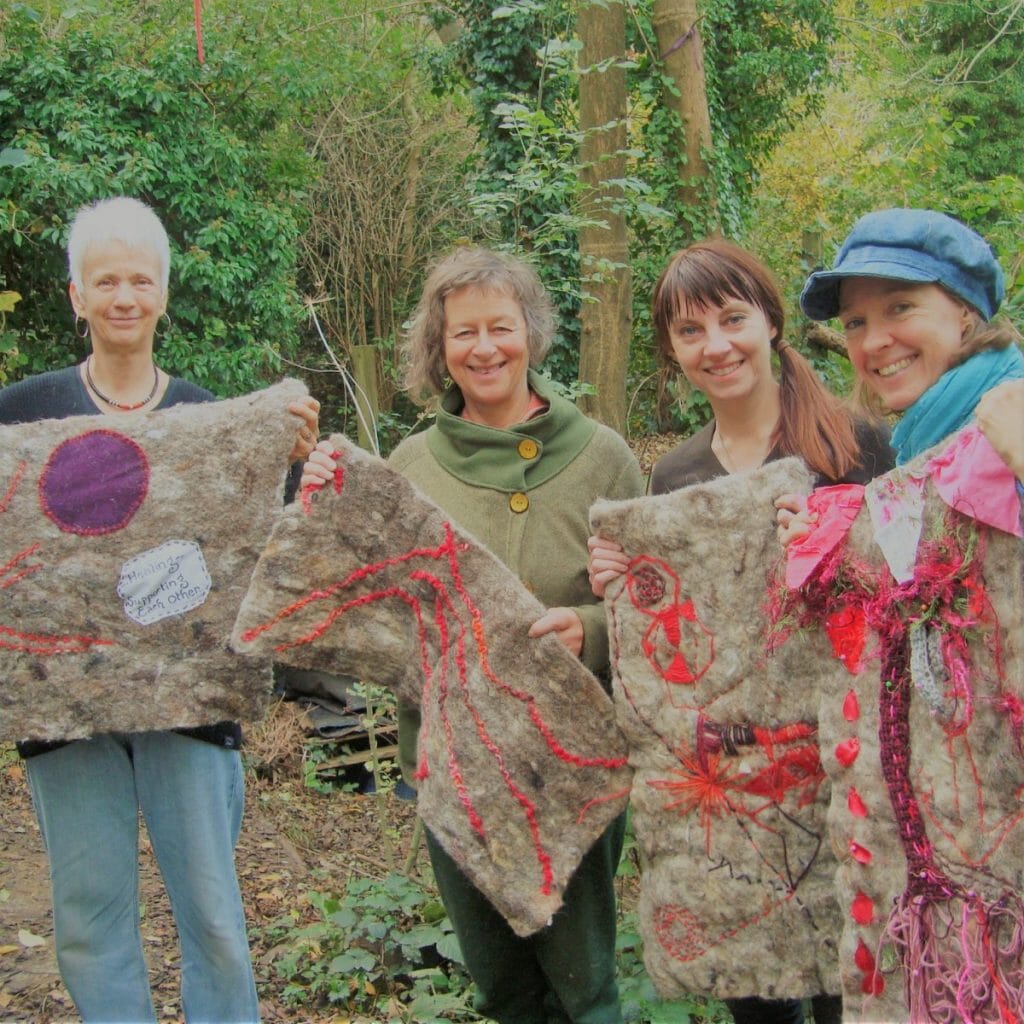 As part of the project Kesty wrote haikus to express feelings about Red Thread. Here are just a few.

stories of all kinds

to warm us through winter nights

The moon waxed and waned 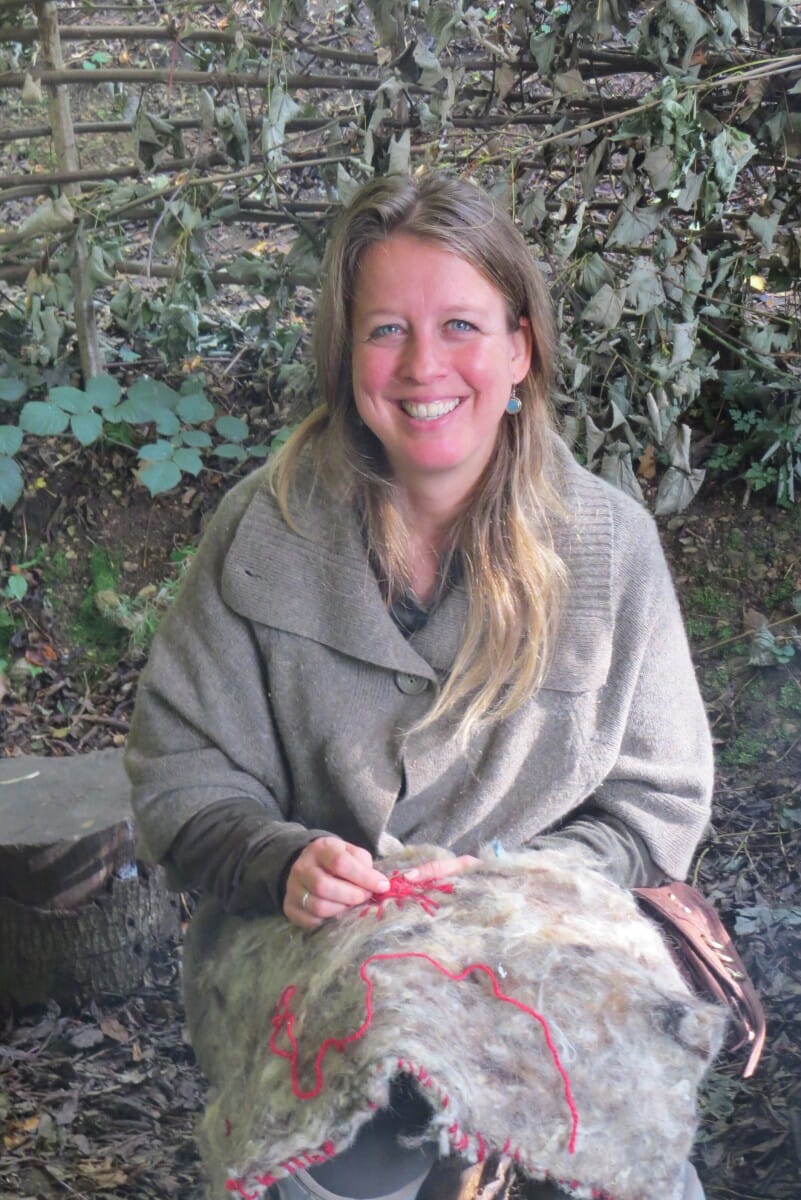 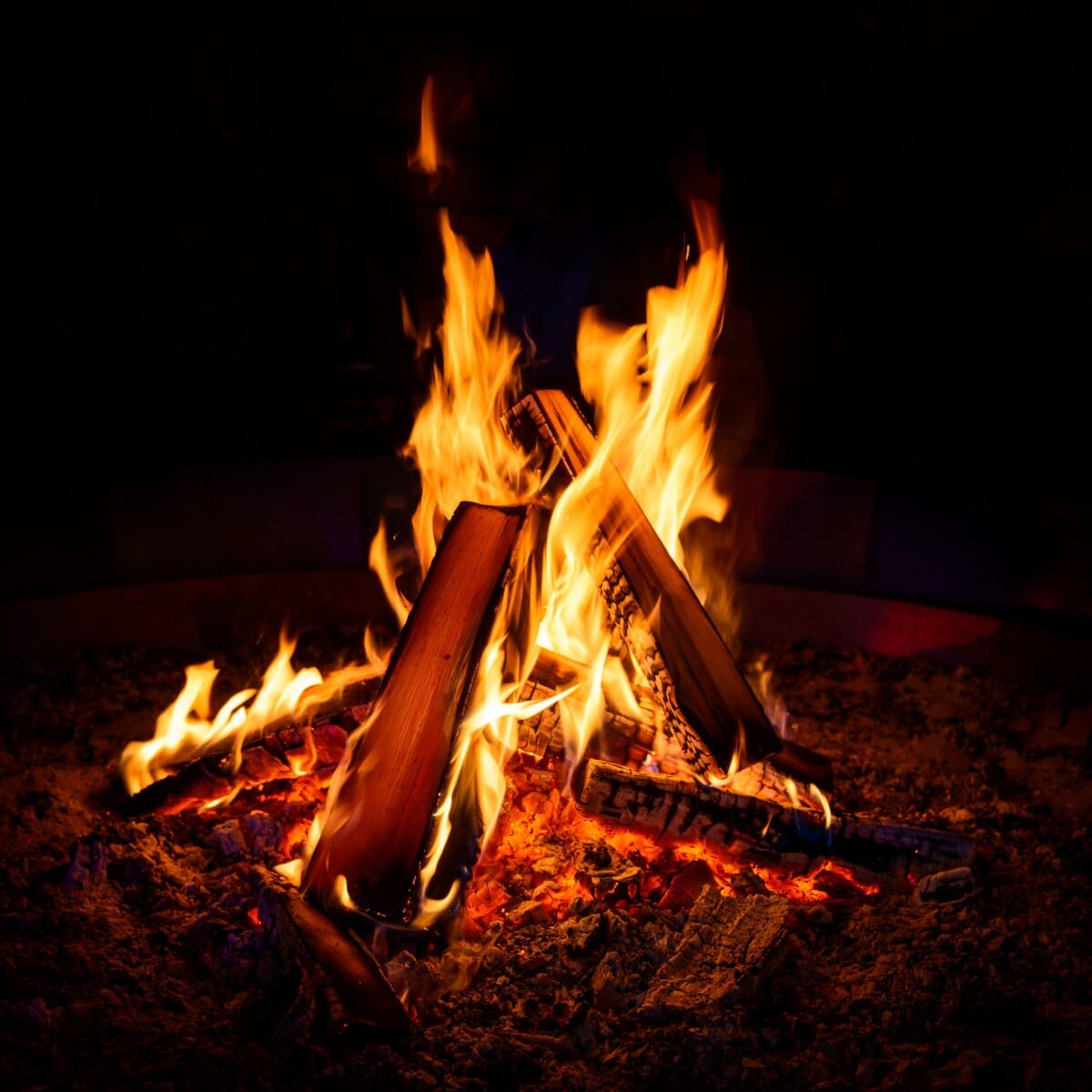